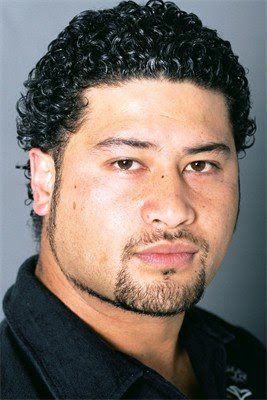 He is a humble and yet charming person who also completed our artist mentoring programme. All the best for your future John.
Posted by Paula at 1:30 AM

I had the privilege of Paul Janman attending our artist mentoring programme, and this man is going places. 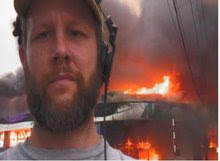 He is producing a film about Futa Hela, a Tongan man who has immersed himself into Greek philosophy. Paul is producing a documentary about this man's life and influence on everyday Tongans and their fight for democracy is this island kingdom. 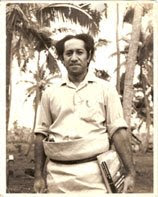 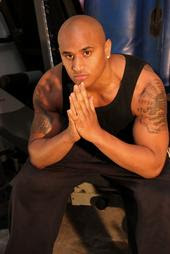 Lemuel (previous stage name Lavor) is now known as Buska.
Buska is known for his street performing, the art known in New Zealand as BUSKING, in U.S known as HUSTLING. (BUSKA..HUSTLER) Buska writes, sings and produces his own music. He is a singer, musician, songwriter and dancer. His style includes R&B and soul that is unique in the New Zealand music scene.

Buska has been performing since the age of 7. A song writer, with many more original material. He produces his own tracks, beats, and writes only original material. Musical skills include piano..keyboards, bass, guitar, drums..procession, sax. Straight from South Auckland, New Zealand, Buska's r&b tracks and stage presence are already making waves in the music scene. He was a finalist on NZ IDOL as shown on google under Lemuel Misa. Buska's show history is impressive, with support and performances for DMX 07, BOYZ TO MEN 06 -07, KELLY ROWLAND of D-CHILD SYDNEY 03, NATIONAL ANTHEM FOR DAVID TUA- TUAMAN 05, CONCH ENTERTAINMENT(Australia), SUPPORT ACT WITH SCRIBE, AUCKLAND BIG DAY OUT 06-07, 2008 he is now running his own studio as a Producer/Artist. Buska's track's Calling You/Pop pop known on the track at the time as Lemuel has already impressed the urban stations. New Zealand as well as off shores Sydney-Perth. =PROJECTS IN NEW ZEALAND= Single just released (in stores now) 2006 - Ill SEMANTICS -On and On - feat Lemuel aka Buska Single (In stores now) 2006 PNC -Just roll - Feat Chong-nee and Lemuel aka Buska Album FEELSTYLE - LATEST ALBUM 2007 - Feat Lemz aka Lemuel..Buska Album (In stores now) - CHONG NEE 2006/07 - Feat Lemuel aka Buska He is now open to any Major indie labels.

Check him out on his myspace: http://www.myspace.com/lemuelmisa

We enjoyed him on our programme, every week he would bring his keyboards with him, and we really wanted to start dancing. Tatjana was springing down stairs in our store in Mt Eden (I think customers wondered what we were up to). Ahh, we've changed premises now.
Posted by Paula at 2:26 AM

Miriama has an established New Zealand stage reputation, most notably as Hana in The Bach (Auckland Theatre Company) and Maia in The Prophet (Taki Rua). Naming Number Two marks her feature film debut, though she graces the small-screen regularly as a star of the long-running New Zealand television hospital drama Shortland Street. 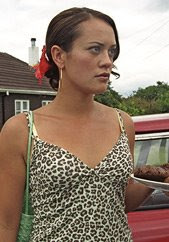 New Zealand actress Miriama McDowell received her formal training as an actress at Toi Whakaari National Drama School while simultaneously launching a feature film career with roles in such movies as Zenolith, For Good, and Party at Our Place. A frequent fixture on the Toi Whakaari stage in her early years at the school, McDowell gradually branched out to the Court Theatre and the Auckland Theatre Company as she gained her footing on the boards. In addition to her film and stage work McDowell has also made a strong impression on television viewers with roles in Revelations, Interrogation, and Shortland Street. ~ Jason Buchanan, All Movie Guide

Miriama is with Karen Kay Management. She was a dedicated and enthusiastic participant on our artist mentoring programme. Her acting career and future looks very bright.
Posted by Paula at 2:07 AM