Zad is a Lebanese man who is an extremely talented fine artist. He has painted many murals and ceilings in palaces in the United Arab Emirates, he has also exhibited his works in France and Lebanon.

Zad is now in New Zealand offering his services in teaching art. His speciality is teaching Byzantine icon drawing – the traditional way, no artificial pigments or materials.

Most of his fine art is of landscapes and portraits, he also has a number of sculptured works.

Check out his website: www.zadjabbour.co.nz or his blog.
Posted by Paula at 2:44 AM 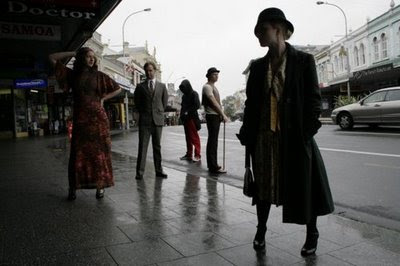 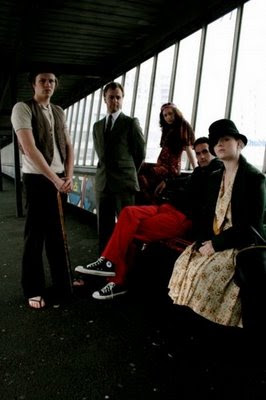 The Outfit Theatre Company Presents the Preview Season of "The K Road Show - A Theatre of Fictional Glimpses into the History of the Road we Love."

With 13 actors in 8 scenes streaching from the 1830's through to the present day, The K Road Show is a funny and heart felt imagining of events inspired by the history, of what we feel is, the true heart of Auckland City.

Devised and Performed by The Outfit Theatre Company and friends.

Bookings: Email all details to bookings.outfit@gmail.com
Posted by Paula at 1:02 AM

Marcus Winter is a new age spray can and performance artist. While watching a travelling artist from Europe, he taught himself this street art form, he has also developed ink sketches using a 'secret' South American ingredient. For the past three years he has performed in front of various crowds here in New Zealand and in Australia. 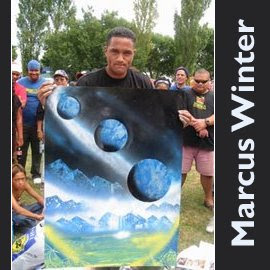 His most recent 'performance art' was at Auckland, on the invitation of Sir Bob Geldof (Live Aid), who recently came to New Zealand encouraging New Zealanders to do better with their philanthropy. Further news on this here.

Marcus has been able to adapt both “can” and “culture” in his works. The aim of his artwork is to take the viewer through to another world where anything is possible, where the eye can relax and enjoy.


Marcus has exhibited in galleries throughout Auckland and his artworks have found homes in New Zealand, Australia and the USA.

You can contact Marcus at marcusangeloart.vc.net.nz
Posted by Paula at 9:26 PM

Multimedia production company onedotzero and MTV announced an on-air launch of ten films commissioned as part of their “Bloom” competition, a worldwide search for up-and-coming creative talent working in film, animation and other mediums. Creative people around the world were invited to send in treatments for one-minute-long films that explore community identity in their hometowns. 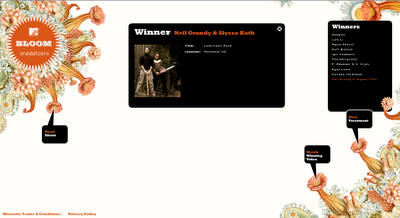 Organisers received 200 entries from 30 countries and the judging panel selected 10 winning projects and five runners-up based on innovation, style, technical skill and creative interpretation of the Bloom brief. The winning treatments were commissioned in 2007, and the artists were given budgets to create and develop their films reflecting on their community. The final pieces were delivered in January, 2008.

The minute-long films will be given exposure on MTV’s channels globally and online. All ten winners will be available to view online at www.mtvonedotzero.com, and will also be featured in the onedotzero worldwide festival tour. 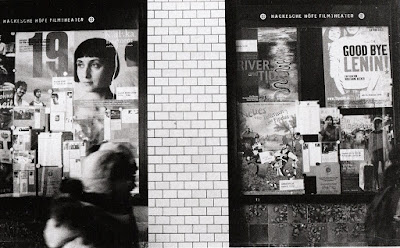