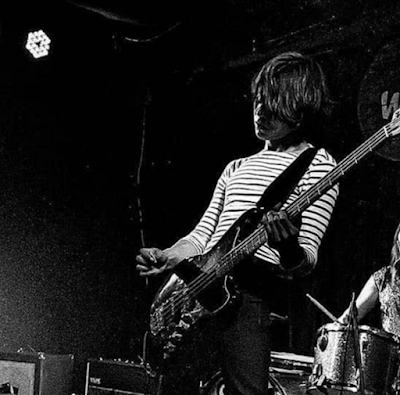 The Schizophonics caused a sensation when they tore through Aotearoa back in May, and now they're bringing their famously explosive live show back to NZ for a red hot run of early 2020 events. Blending wild garage punk, rock and soul into one hyperenergetic party-starting package, the husband and wife team of Pat and Lety Beers (that's their real name) have been delivering the goods live since 2009, but it wasn't until their 2017 debut album Land Of The Living (via Sympathy For The Record Industry) that the San Diego group's electrifying tunes were finally gathered together on wax for the ages. Fresh from releasing their brand new album People in The Sky, and currently featuring Takumi McIntyre (formerly of the Cavemen) on bass, The Schizophonics are playing throughout NZ in February and March, including appearances at Upper Hutt's Obey The Riff festival and Tauranga's Not Woodcock extravaganza. Grip the details right here... (Source: Undertheradar)

Ron is a versatile and multi-talented man offering acting and singing/songwriting.

Check him out here: